Get to know our Senior Instructors

Our experienced Senior Cobra Instructors help us spread the knowledge of how the Cobra cutting extinguisher can be used in the best way. They assist us in everything from holding Cobra Instructor Courses to participating in method development, demonstrations and evaluations.

Firefighter Daniel Scott has been working with method development, user support, and training at Cold Cut Systems since 2019. Daniel is Cold Cut Systems own Senior Instructor and teaches Cobra users how to use a Cobra efficiently and safely. Daniel’s Cobra interest started in 2008 when he first attended the Cobra Instructor Course. He then realised the many benefits of the Cobra, the most important being the positive effects on firefighter safety. Before starting to work at Cold Cut Systems, Daniel worked for Södertörns FRS, where he instructed firefighters in Cobra use.

“I have been interested in Cobra since 2008 when I attended the instructors course. It has many benefits, the most important being the positive effects on firefighter safety.”

has over 20 years of experience from the Greater Gothenburg Fire and Rescue Service (GGFRS) and has worked with the Cobra since 2006. He has been involved in developing the internal cutting extinguisher training at the GGFRS. Since 2013, Johannes has been one of Cold Cut Systems senior instructors. During the years he has conducted many much-appreciated Cobra instructor training courses at SÄRF´s training venue Guttasjön, in Borås. He has also conducted several customized trainings for firefighters and officers in, among others; Stockholm, Nigeria, Copenhagen Airport, and the Royal Swedish Navy. 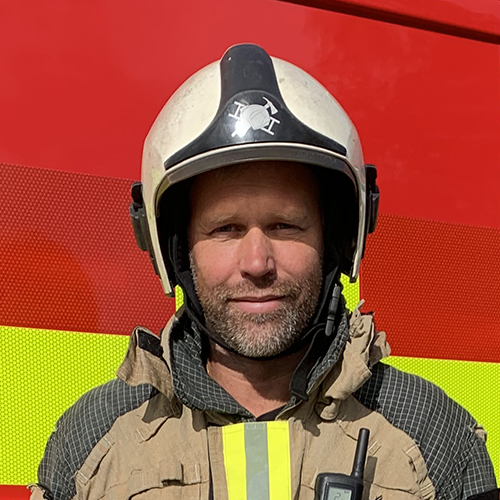 “It is interesting to meet firefighters and officers to share the experiences from the years working with Cobra. You constantly learn new things by meeting colleagues from different places with their various opportunities and challenges. It feels very good to work with a product that can improve the health of firefighters, both in the short and the long run.”

In 1996 I started my active firefighting career with the volunteer fire brigade in Langen in the city of Geestland. In 2002 I was able to start the fire chief training and paramedic training at what is now the professional fire brigade in Cuxhaven. In the years that followed, training courses such as control centre dispatcher, height rescuer, paramedic, ship firefighting and alternative firefighting methods were added. 2011 the Cobra instruction as an operator, 2018 Cobra Instructor and 2022 Cobra Senior Instructor. When the promotion to higher service began in 2014, after passing the examination, I was employed as the head of the security department at the Cuxhaven professional fire brigade and will continue to do my duty there as a fire officer.

In more than 20 years of operational experience at the fire brigade with a lot of education and training, I was able to get to know a large number of colleagues, acquaintances and new friends. We have had endless discussions about firefighting and the protection of our emergency services is/was always the most important thing for everyone. The Cobra extinguishing system gives the fire brigades a new tool with which a large number of deployment sites can be made safer for everyone involved. It can’t do everything, but it can do a lot, and I’d really like to show and prove that.

“The Cobra extinguishing system gives the fire brigades a new tool with which a large number of deployment sites can be made safer for everyone involved. It can’t do everything, but it can do a lot, and I’d really like to show and prove that.”

I spent 32 years working for West Midlands Fire Service working my way up to Station Commander (temporary) level. I spent around seven of those years in the training department eventually heading up a team of ten specialist instructors delivering Breathing Apparatus, Compartment Fire Behaviour and Tactical Ventilation training to our own operational personnel and to outside organisations, as part of a portfolio of accredited courses. Following my retirement from Local Authority in 2016, I spent time working as an Associate Tutor at The Fire Service College, Moreton In Marsh. I was initially delivering Breathing Apparatus, Fire Behaviour and Tactical Ventilation training, then later moving onto delivery of the Firefighter Development Program (FFDP), an eight week apprenticeship course training recruits on behalf of their parent organisation. I am pleased to say that took up a more formal position with Cold Cut Systems in September 2022 following a number of years working with the company on a more ad hoc basis.

Having spent the time that I did as both an operational firefighter and officer and then later as a trainer, I think that the Cold Cut Systems ethos of “Safer – Cleaner – More Efficient” has never been more important. If we can limit exposure from carcinogens and keep our operators safer, why wouldn’t we? 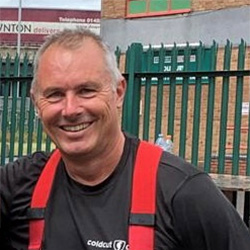 “I think that the Cold Cut Systems ethos of “Safer – Cleaner – More Efficient” has never been more important. If we can limit exposure from carcinogens and keep our operators safer, why wouldn’t we?” 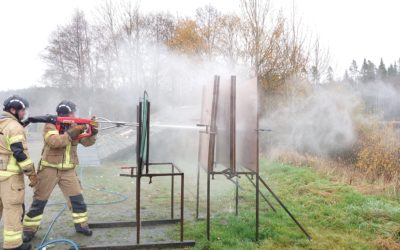 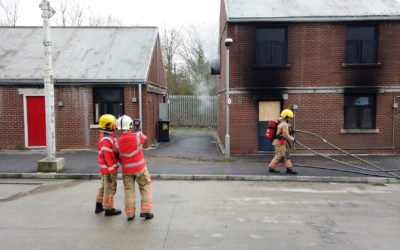